Influencers have been a key part of the Toyota BC social strategy for years. However, this required an integrated program with focus on key BC niche communities most likely to drive Toyota trucks (e.g. mountain biking, kayaking etc.).

In each niche community, we partnered up with extreme sports athletes and /or other influencers (who were existing Toyota owners) to grow engagement, purchase intent and ultimately sales.

This influencer program (in tandem with other strategies) has allowed Toyota BC to develop a strong footprint in some key profitable BC wide truck communities (overlooked by competitors).

As a result, Toyota BC has experienced some of the highest truck sales in history.

In 2016, the Toyota Tacoma experienced a 16.7% sales increase, which boosted its market share to 56.3% of small pick-ups (highest in Canada).

This positive trend has continued year over year. The above video features an execution with mountain biking athlete Thomas Vanderham.

I had the pleasure of working with Wahiba with the work she did for the Toyota Dealers of British Columbia. The use of social media was in its infancy (by us) before Wahiba took charge and showed us her passion for all things social, how we can make a mark and leverage some of the things that we were already doing, as well as do new things to extend our reach and impact in a targeted manner. Her background helped us to better understand how to better engage our current and potential customers by speaking to them on their terms with what interests them. I constantly threw challenges at her to show more measurement of what was happening and she rose to the challenge to ensure that the directors understood why we did what we did and what it was achieving for us. Wahiba is not only knowledgeable but also passionate about her craft! 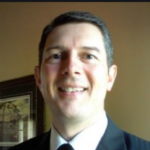 Copyright (c) 2021. Wahiba Chair. All rights reserved. Website in progress...
Back to Top